You are here: Home > Learn Spread Betting: Training Course > The Basic Elements of a Trade

A spread trade is made up of the following basic elements. While definitions are listed in the Glossary at the end of the spread betting it is worth going through these now so you can more easily follow the next sections.

Let’s go through each one and get familiar with the jargon and what they mean -:

This is the underlying share, commodity or index that you are looking to trade. It is usually identified by its SYMBOL or EPIC code or TICKER. For example the EPIC code for NEXT is NXT or for Admiral is ADM.

This is when you think the price of a share, commodity or index will increase or go up. You then take a LONG position on it i.e. buy it with a view to selling it at a higher price later for a profit.

This is when you think the price of a share, commodity or index will decrease or go down.  You then take a SHORT position on it i.e. sell it with a view to buying it at a lower price later for profit.

Also known as the SELL price this is the price you trade at if you want to go SHORT on an instrument. This is the first price in the spread shown on your platform. You will see it written as Bid/Offer or Bid/Ask or Sell/Buy price. See example below.

Also known as the BUY or ASK price – this is the price you trade at if you want to go LONG on an instrument. This is the second price in the spread shown on your platform. You will see it written as Bid/Offer or Bid/Ask or Sell/Buy price.  See example below.

This is the price you have decided to enter your trade at.

This is the price you have decided to close a trade to limit loss if the price moves against you.  This sets out your maximum risk in the trade.

The target price is the price you see from your research and indicators that the share could move to in your favour i.e. your potential profit from the trade. As mentioned before it should be at least on a 1:2 risk and reward ratio.

A term used to clarify the trades placed. For instance, a trade per point on Vodafone is for each penny movement in your Spread Trading company’s Vodafone share price. A bet per point on the FTSE is for each point move in the relevant FTSE contract. E.G. a 10 point movement from 4300 to 4290 on a Daily FTSE contract would therefore correspond to a win or loss of £100 per £10 placed as a bet. Tick is usually used for futures contracts with a base of 100 such as Short Sterling or Bunds. Pip is used in FX trades. All these terms are applied to refer to the unit movement required to alter the profit/loss on your bet by the full stake amount.

These are the explanations of the basic trade terminology. Further terms and explanations used throughout this guide and others for reference are listed in the Glossary at the end. 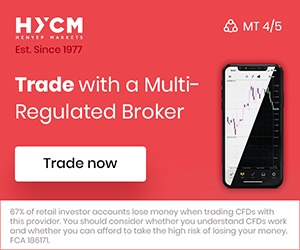